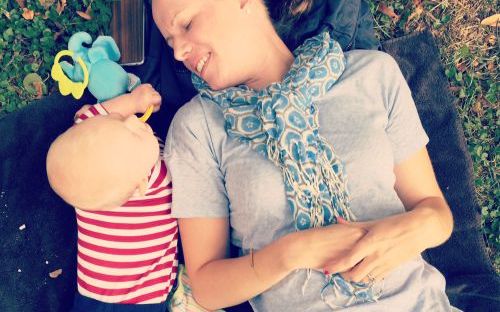 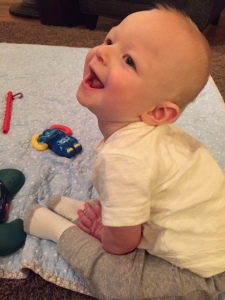 It’s been one heckuva month! After feeling like we’d been in plateau-mode for so long with Sol’s milestones, this month, Sol kicked it into high gear and ticked a couple more items off his list.

In the gross motor skill department, he started rolling over his right shoulder. Previously, he’d only been able to roll to the left. This is amazing news since his right side is so much weaker than the left: this means all of our work in PT is paying off and his right side and shoulder muscles are getting much stronger. This also means danger: Sol is no longer immobile! If I put him down for 2 seconds, he rolls to the other side of the room! Speaking of mobility, Sol is also starting to pull himself forward on his belly. We get one or two scoots in a row, primarily to get to toys. This kid wants to move! He’s also getting so much stronger with sitting and can sit for longer periods of time. Our next goal with sitting is to sit taller and teach Sol to catch himself with his hands if he begins to tumble over. Since he is scooting forward using his arms, we are now working in PT to get his legs moving, primarily by teaching him how to pull up from kneeling to standing. 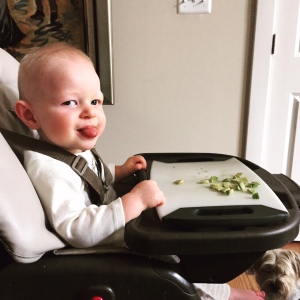 Sol has global delays, but one area in particular that began to worry me was language. He started cooing around 3 – 4 months, but months 6, 7, 8, 9, and 10 came and went with absolutely no babbling. Last week, I was talking to our OT about Sol’s eating and told her that I was reluctant to start him on table foods given his tricky history with feeding. Our experience with therapists and nurses repeated itself as she, one, reminded me that he actually didn’t have feeding issues, that any issues with “feeding” were actually related to reflux and constipation. Two, she figured that he was actually putting his hands and other things in his mouth not only because he was teething (we’re up to 6 teeth now!), but also because he was naturally craving something to chew. So she sat Sol down, cut up some watermelon she’d brought for lunch, and gave it to him. It was a hit! Sol is now having blueberries, raspberries, avocado and other small bites with every meal. And the most amazing thing is – with this new venture in feeding, he has also started babbling! He is now saying bwahbwahbwahbhwah and mamamama quite frequently and is constantly jibber jabbing. I’ve said it before, and I’m sure I’ll say it again, these therapists are AMAZING.

Our appointments this past month were generally the usual, with the exception of a hearing test (we passed!) and an aerodigestive clinic. The latter was a 4 hour appointment that focused on Sol’s feeding and is probably better addressed in a separate post altogether. (Let’s just say it was a very long day!) I also sat down with the director of Georgetown’s Center for Brain Plasticity and Recovery to walk through Sol’s MRI for the first time. I learned so much and while Sol’s MRI is a bit terrifying to see, the director reassured me that it she’s seen kids with similar MRIs go on to walk, talk, attend college, and live relatively normal lives. I will also likely walk through this meeting in a separate post, so stay tuned! 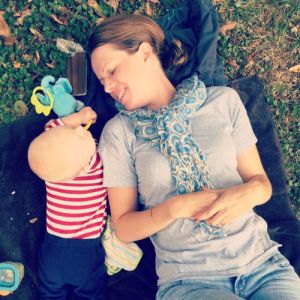 Hanging out in the park during an Open House

Finally, and most exciting of all, is a huge decision we made this month. As we found over the last year, there’s a lot of value in the old saying “It takes a village to raise a child.” As organized as you can be, it just isn’t possible to be superMom or superDad all the time – you need help! We’ve had incredibly supportive friends in DC who would be there in a heartbeat if we needed them, but it’s hard to ask for help, even when it’s offered often. So, it’s off to family we go – we are moving to Nashville, Tennessee in just two weeks where we’ll live 5 minutes from my sister, 10 minutes from my parents, and 10 minutes from Vanderbilt’s Pediatric Stroke clinic. This move is bittersweet – we’ve loved starting our careers and family in DC and will miss our friends immensely. However, we are very much looking forward to going “home” where we can really focus on keeping ourselves happy and healthy and, most importantly, continue to help Sol recover and get stronger (and not to mention, let his Nana, Papa, Aunt, Uncle, and cousins spoil him rotten!).