No major updates today, folks, other than this one: Sol ate two full bottles overnight!! (I just took a pause from writing to throw confetti and dance around the room. Woo hoo!) When Mike and I got to the NICU today, it was clear that those two bottles took quite an effort because, boy, Sol was pooped. He did wake up for OT, though, and to take a bottle at 9am, 12pm, and 3pm, downing 30ml, 40ml, and 52ml, respectively. The rest of our visiting time was spent snoozing and snuggling, which was fine by me – I love to snuggle with the little man.

One thing that I’m sure most folks wonder is how a 3.5 week old baby acts after suffering an in utero stroke. It varies on a case by case basis, but Sol looks and acts like a normal newborn. He tracks us by both vision and sound, grabs our fingers, stretches, kicks, cries… When in tummy time, he lifts his head, turns it from left to right, and is really working to strengthen those neck muscles so he can hold his own head up. If he didn’t have a nasal feeding tube, you wouldn’t know he hit a bump in the road during his first days in the world.

Now that I’ve said that, I’m going to throw the concept of “normal” out the window, as well as what Sol’s MRI shows. Neither of those things exist in our household. We know that Sol may have some developmental challenges as he grows up, particularly with his motor skills (per his head ultrasound), but we also know that Sol will do what he can, when he can. He’s already showing us this everyday with his progress. Everyone in this world has their own set of issues and faces setbacks from time to time, so Sol really isn’t that different from anyone else. What the heck is “normal” anyways, right?

Ok, enough rambling and on to the cute photos. In his sleep, Sol gave many cute faces today, so perhaps I should rename this post as “Vogue”. 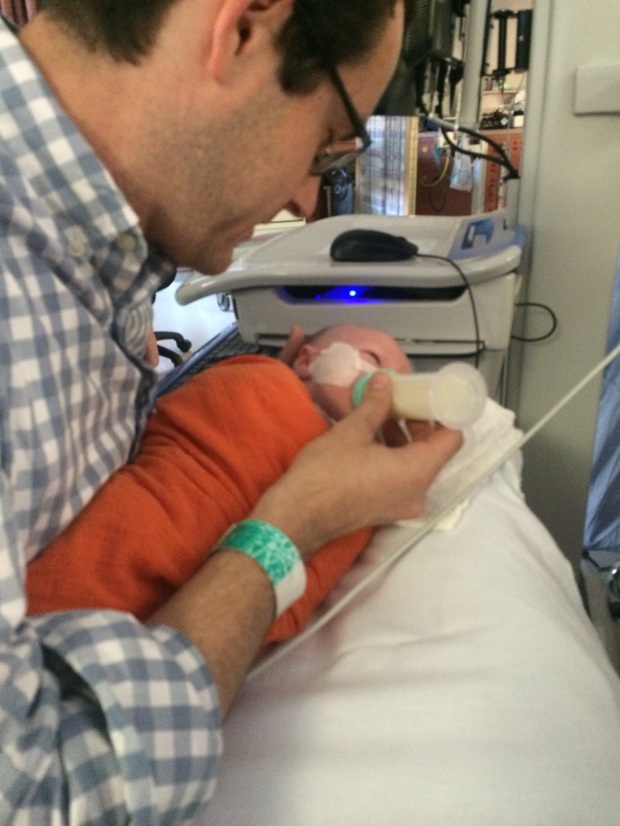 Waking up is tough stuff: 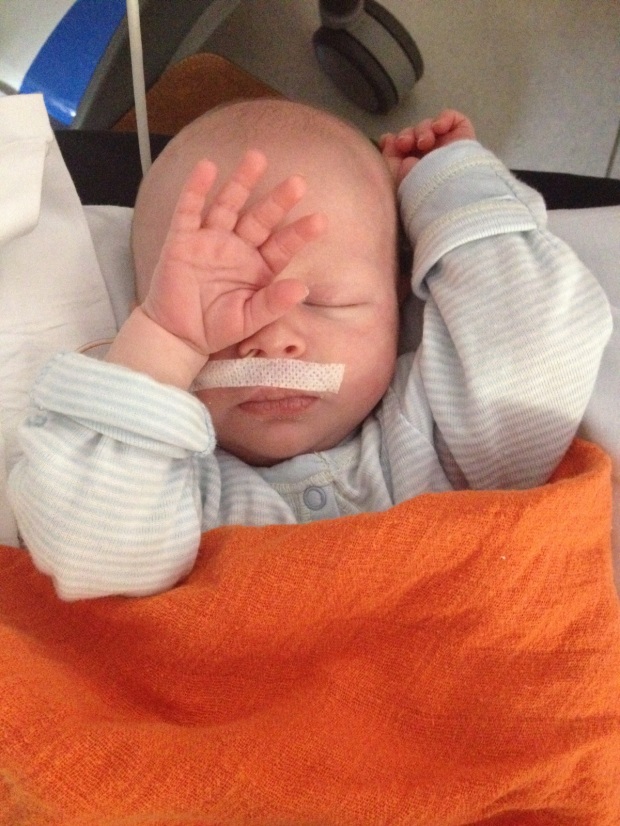 Close up of that cuteness: 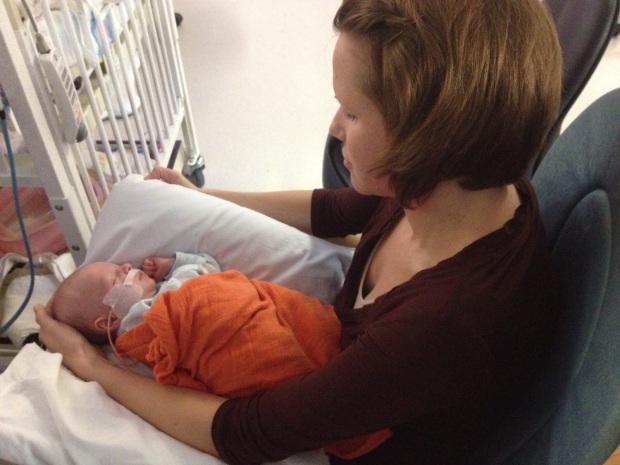