Sol showed us his fussy face and greeted his two week birthday with open arms and eyes today as we had one of our most productive days so far.

The report from his nurse:
– Sol is still on low level heat. His body temperature is around 36.3 – 36.5 and needs to stabilize between 36.5 and 37.5 before he’s moved to a big boy crib. Not a big deal – I would imagine this shift will happen in the next day or two. (Heck, I’d be cold too if heat lamps were taken away from me !)
– The levels of Phenobarb in his system are now normal, so no further increases on dosage. This is good as we expect Sol to be less drowsy once he gets used to the current level.
– He will be moving from a head ultrasound every other day to once a week.
– No reads on the most recent round of EEGs, but they expect no changes.

Now for the really good stuff:
Michelle, Sol’s Occupational Therapist stopped by at 11:30am for a half an hour session. Sol was very sleepy, so we started with easy arm stretches and leg cycles. He started to wake up when Michelle sat him up, a position that works on his neck muscles. Sol showed us his strength by trying to hold his head up and then promptly turned into Mr. Fussy – his lunchtime is at noon and he was letting us know that he was hungry! Given his constant drowsy state, we love hearing a good cry. Michelle then had Sol work on tummy time by laying him against my chest. He turned his head (a great response!) and nestled right against me. Throughout the session, he independently moved his arms and legs and resisted some of the movements we were putting him through, all good signs as he was showing us his strength and coordination.

At noon, Melissa stopped by to work on his sucking and feeding ability. Because he was so awake when she arrived, she decided to try feeding him from a bottle. At her prompt, Sol opened his mouth to accept the bottle and showed us that he could suck and swallow, all while keeping his oxygen and heart rate levels constant. This was great progress, particularly since he’d been fed via a feeding tube for the past 10 days. While he never quite found the cadence of breathe, suck, swallow (it was more along the lines of suck three times, then swallow four), and only ate about 1ml from the bottle, the fact that his suck and swallow reflexes are intact and he’s trying to figure out how to use them is extremely reassuring. Melissa is super committed to working with Sol to find the right approach to feeding. We are so grateful for both her and Michelle’s help while Sol is at Georgetown. They are awesome.

The final 15 minutes or so with Sol were the most exciting of my day. I held Sol as he received the rest of his lunch via the feeding tube, and for the first time, his eyes shone bright and he looked around the NICU, often focusing on me and his Nana. His eyes tend to shift to the left when awake, so this movement and the light behind his eyes was a huge win for the day. I think he liked the bottle and hope that this new stimulation will continue to excite Sol. 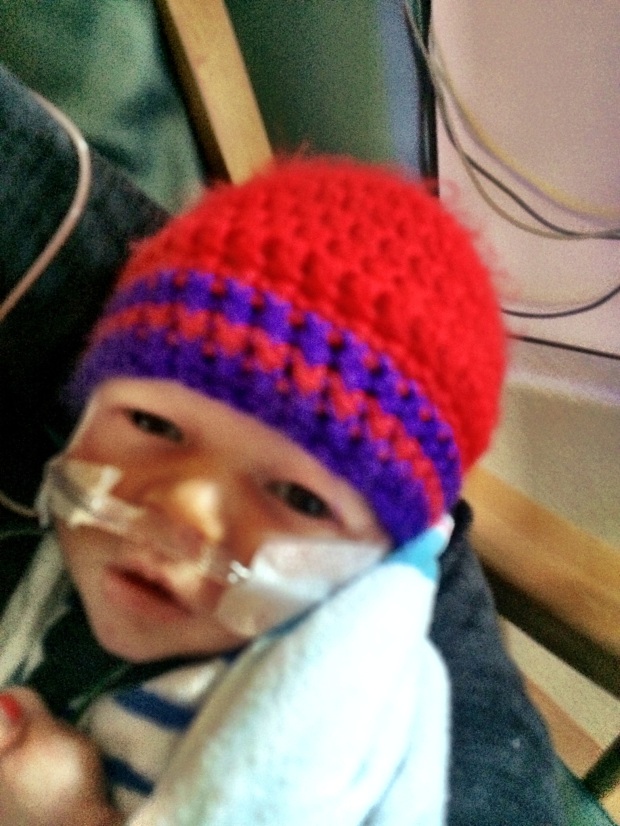 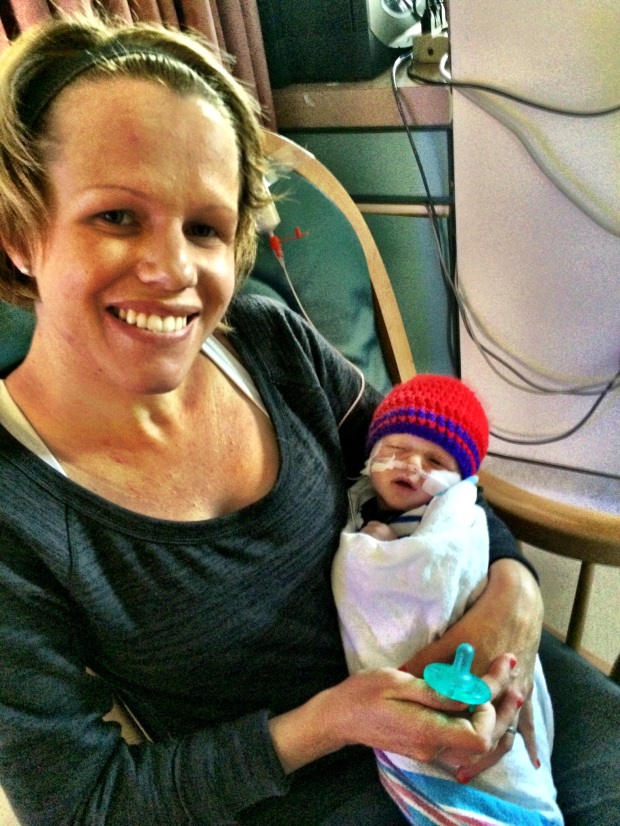