Young children with apraxia of speech who don’t talk yet are considered preverbal, not nonverbal. 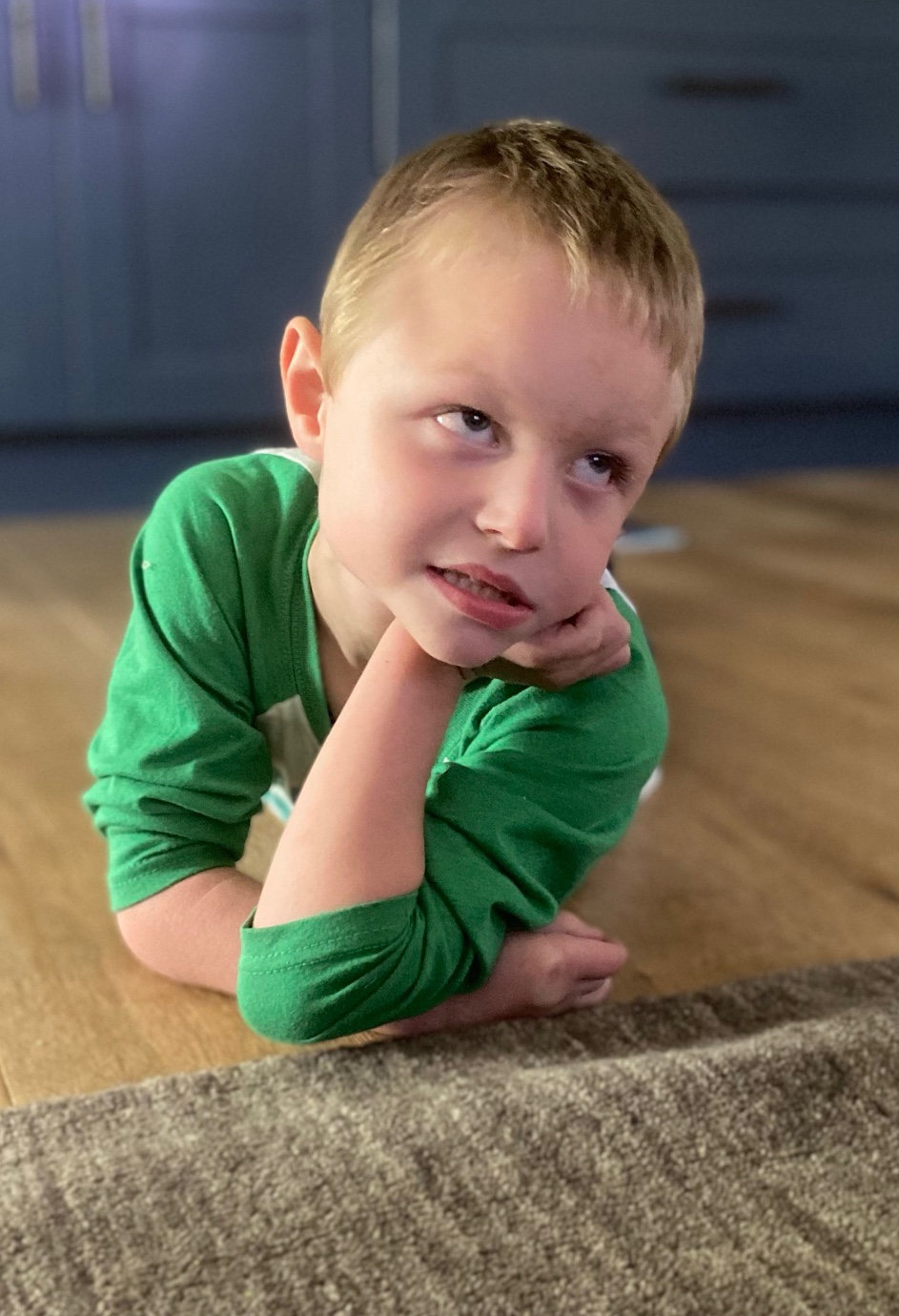 The other day, I saw the above quote on a post on Instagram and my first reaction was “That’s Solly!” If you’ve followed us for awhile, you might know that, until this point, I’ve referred to Solly as nonverbal even though he has a growing vocabulary of words. This is because his speech is very delayed and in most social settings, he does not use many words other than “hi” or “bye”. Moving forward, because we are seeing his expressive speech develop more and more each day, I will only refer to his speech development as preverbal, or as the post went on to describe someone similar to Solly, “minimally verbal.” This is a very appropriate description of Solly’s developmental stage right now!

Speaking of being “preverbal”, we started to focus on the alphabet in our homeschooling curriculum last week. (Long story short: even though Solly is in “kindergarten”, I started him on a pre-Kindergarten curriculum to make sure he gets a good foundation. We’ll work our way towards a kindergarten curriculum, with a goal of starting that in the Spring.) Even though Solly’s words are really flowing right now and he tries to mimic so many other words that don’t easily come to him, I was shocked when our first go at reading the alphabet was this:

He is able to say nearly every letter and for those letters that are tricky (I’m looking at you, W), he is able to make close approximations. As Solly’s expressive speech has developed, I’ve found that some aspects of his speech development is rather typical even though it’s delayed. For example, he spends quite a bit of time mimicking us before he’s comfortable and confident using words independently, much like how a baby or toddler learns their first words and sentences. I’m so hopeful that one day he’ll be able to recite the alphabet and recall letters on his own, but until then, I’m planning on celebrating (and reinforcing) this inchstone for weeks to come.

2 thoughts on “On Being Preverbal and Learning Our ABC’s”