As if to mimic the grey and rainy DC weather, today’s updates are not quite so stellar.

I’ll start with the good:
– Sol’s EEG report came back with no sign of seizures. As expected, the episodes that nurses were reporting as possible seizure activity were not, in fact seizures. The leads on his head came off today, which means it’s much easier to get him out of bed to hold him.
– Both anti-seizure medications have switched to oral doses, so his PICC (IV) line will be removed today.
– His feeds are continuing to increase, now from 50ml to 55ml every three hours.
– Melissa from Speech Therapy stopped by to work on getting Sol to suck on a pacifier again, and we had some success there.
– Because he is being removed from most machines, we are able to bring him clothes from home, so in upcoming photos, he will be clothed!

And for the not so good:
– The EEG also continued to show signs of suppressed brain activity on the left side. I’m a bit bummed about this one as we were seeing increased activity while we were visiting.
– While he was off of respiratory support when Mom and I got there, because his oxygen levels started to dip below 90, they put him back on oxygen today.
– They increased the level of Phenobarbital that he is receiving because he wasn’t keeping as much in his system as they would like. Sol is currently on two anti-seizure drugs: Phenobarbital and Keppra. Ideally, we will eventually wean him off of the Phenobarb because a major side effect is drowsiness. As such, this increased level could account for the suppressed brain activity, as well as his extreme level of sleepiness and the need for more oxygen support.
– We also received the results of his most recent head ultrasound. It continued to show a decrease in brain swelling and midline shift, but also showed the formation of cysts in the areas of his brain that would impact motor skills. This is extremely common with the type of brain injury Sol has so I wasn’t surprised to hear this news, but it is still hard to take as it means we could be dealing with cerebral palsy in the future. Of course, this is not a certain and we’re already working with speech and occupational therapy, which will help improve any sort of hurdle that we could be facing.

All in all, not an entirely terrible day, but I am having trouble remaining optimistic given the results of his head ultrasound and the level of drowsiness Sol was experiencing. On Friday, we will have a sit down with the team of specialists working with Sol to answer any questions we still have and to begin to work out a plan for Sol’s development. In the short term, however, we will be heavily focusing on getting Sol to suck from a bottle so he can come home. 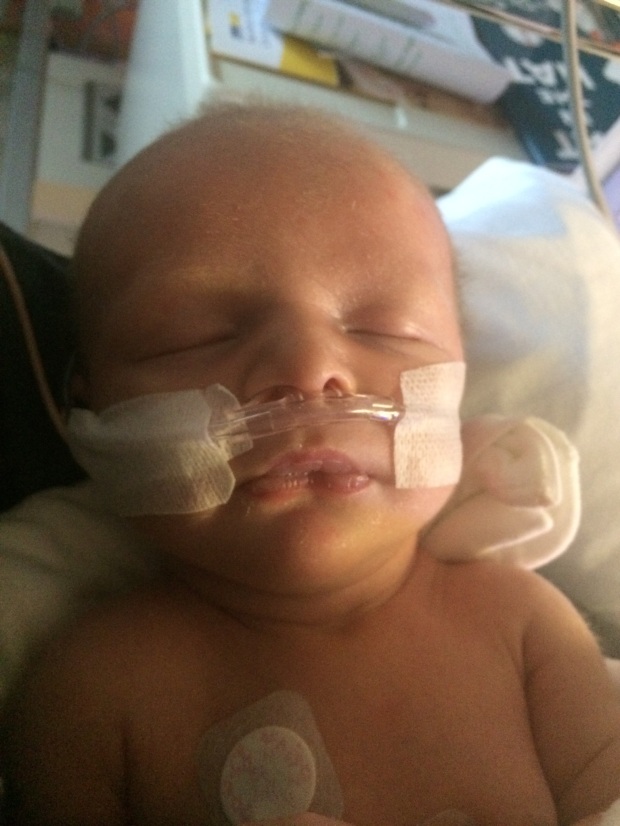