With the ever-growing stay-at-home orders and quarantines related to COVID-19, life is weird right now. Our schedules are in limbo, our children’s lives have moved online, and as parents of special needs kiddos who already take on so much in a typical day, we’re now acting as our child’s teacher, nurse, therapist, and more, all on top of being Mom or Dad and everything else we usually do on a daily basis. We already had too much on our plates without a global pandemic: to say we’re stressed out doesn’t even begin to describe how chaotic our lives feel now. 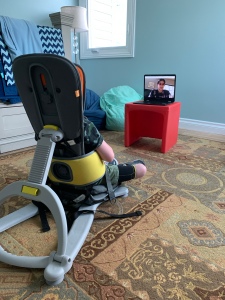 Fortunately, therapy help is available by way of teletherapy or telecoaching. I know what you’re going to say, “But I still have to do the hands-on work during these sessions. I’m still acting as my child’s therapist.”

Yes, that’s true. With teletherapy, you will be an active participant in your child’s session. But, that’s just one part of it. There’s so much you can gain from teletherapy that you may not have considered. Simply stated, teletherapy can make life a little bit easier when everything else seems really difficult.  END_OF_DOCUMENT_TOKEN_TO_BE_REPLACED

Once upon a time when we were just getting our sea legs in the world of therapy and diagnoses, I envisioned a time when Solly would magically get up and start walking. It seemed that every day a new video would pop up on my Facebook or Instagram feed that said something to the effect of “this child was told he’d never walk or talk, but look at him now” showing a video of a child taking his first steps at age 2 or 3 or 4.

When Solly was between the ages of one and two, I simply followed the process – therapy once or twice a week, working on some exercises at home, going to all suggested doctors appointments – and I waited. I waited for that magical moment where I could celebrate my son taking his first steps – delayed, but not too delayed – despite the doom and gloom prognosis doctors gave us in the beginning.

We never got that magical moment. In fact, during this time, Solly hit a plateau in therapy and stopped making any progress. I began to feel hopeless. 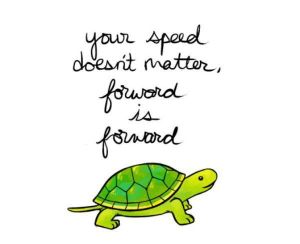 If you’ve been following our story for a while, you know that we started focusing on intensive and alternative therapies about two years ago, when Solly was two and a half. As a result, Solly hasn’t magically started walking yet, but he has made measurable gains. It might not seem like much to the regular Joe, but those who are closest to Solly have noticed how much progress he’s made. As we started noticing new developments, I started noting them in my head as “inchstones”, a term I’ve borrowed from Moms of special needs kiddos to celebrate when a gain isn’t quite a milestone, but is moving in the direction of one. END_OF_DOCUMENT_TOKEN_TO_BE_REPLACED

In the three months since we got home from our four week intensive at Virginia Tech (you can read about this intensive here: week one, week two, week three, and week four), I’ve been ruminating on what I learned throughout this intensive. Here are the top three things that have really stood out to me: END_OF_DOCUMENT_TOKEN_TO_BE_REPLACED

The other day, I was listening to a podcast by Rachel Hollis about goal setting as it relates to running a business. In it, she walked the listener through how, at the end of year, she sits down with her calendar and goes through it day-by-day to tally up how she spends her time so she can use that information to set goals for the next year.

Now, I realize this concept really is totally unrelated to raising a differently-abled child, BUT as I listened to the podcast, the nerd inside me came out and thought: gosh, wouldn’t it be interesting if I could see how we spend our time over the course of a year supporting Solly’s medical and therapy needs? Fortunately, Solly is the son of a Mama who is a type A, project-manager-in-a-previous-life, geek who lives by and documents everything on a Google calendar. In my opinion, there is really no other way to keep track of the craziness that is Solly’s life. 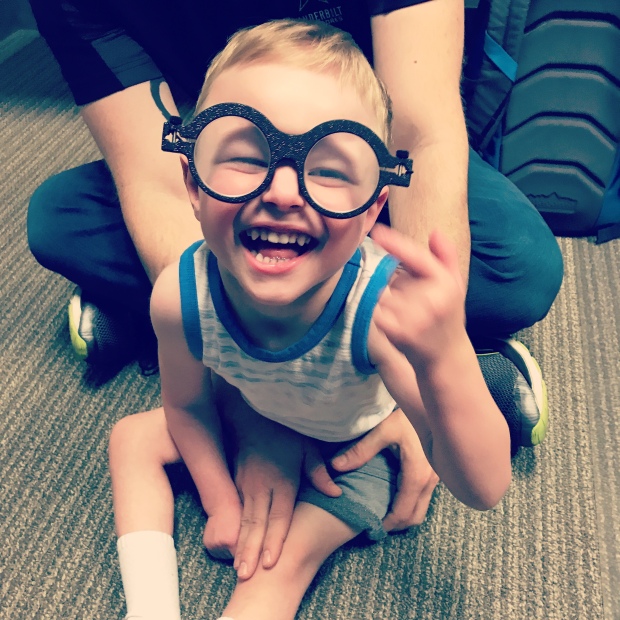 Nerds of the World: Unite!

END_OF_DOCUMENT_TOKEN_TO_BE_REPLACED 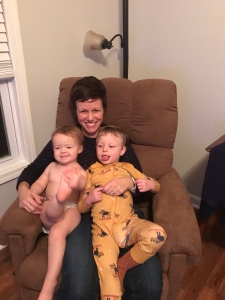 Snuggling on our last night in Roanoke

We packed up our little home in Roanoke late Friday evening, piled into the car on Saturday, and made the trek back to Nashville. We’re home. It’s taken me two full days to decompress from the last leg of our trip – the should-be 6 hour but really 8 hour drive – and get my bearings now that we’re back in Tennessee. If it ever looks or sounds like it’s easy for us to make these trips, then I do a good job of masking it. It’s not. We’re exhausted and insanely excited to be back home in our own space. It’s always hard to get out of our normal routine: setting up our lives in a temporary home is always a struggle, as is the long car drive (and in many cases, plane ride) to and from these locations.

But, fatigue aside, this 4 week intensive therapy was 100% worth it. And the last week was particularly eye-opening. END_OF_DOCUMENT_TOKEN_TO_BE_REPLACED