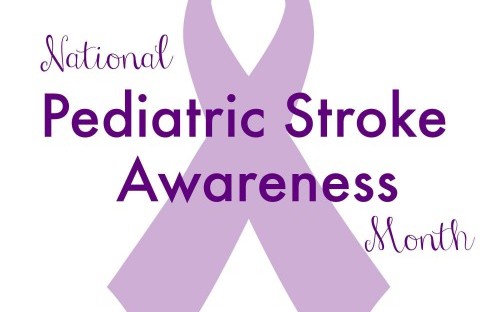 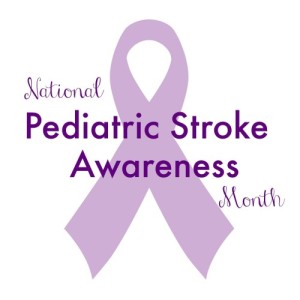 May is officially National Pediatric Stroke Awareness Month. Seven months ago, if you told me that babies have strokes, I probably would have looked at you and said, “Ok, but it must be really rare. Only old people have strokes!” I still remember the feeling of utmost despair when we learned that Sol had a stroke around the time of birth. That feeling is still there in my soul and raises its head every once in a while when I’m having a dark day. Over the last six months, I’ve come to find out that while I had every right to feel that despair when we received his diagnosis, there should have been no doom and gloom attached to the doctor’s report. The reality is that with a intense regimen of Occupational and Physical Therapy over the next few (or more) years, Sol’s brain will likely rewire so that he can learn to do many of the same activities that typical children do.

Snoozin’ in between therapy appointments

Because so little research has been done on infant stroke, there are no concrete numbers on its prevalence. I’ve read that it happens in the range of 1 in 4,000 to 1 in 1,600 births. If 1 in 1,600 is accurate, that means at least one person in my high school had a stroke when he was born. Come to think of it, I think I knew of someone who might have had cerebral palsy, possibly the result of a stroke. I don’t know for sure because his parents never spoke of it, never brought it to anyone’s attention, but I do know for sure that many of his peers questioned why he walked the way he did and likely cracked jokes about it. Imagine the difference if his parents had said something: his peers and their parents would have been informed and could have been more supportive. There would have been zero questions, just understanding. It could have even motivated one of his schoolmates to go to medical school and focus on strokes in babies. 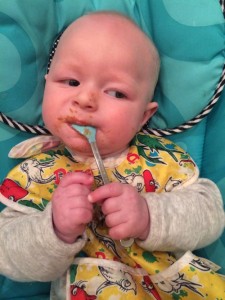 Keeping all of this in mind, it is my goal to raise awareness of pediatric stroke as much as I possibly can. I intend for Sol to do the same when he’s able. I’m not ashamed of what happened to Sol, in fact, I am SO proud of everything he has accomplished in his six months of life. For a baby who was told he might never eat on his own, speak, hear, see, or walk, he has already defied many of the prognoses given to him – eating quite normally from both a bottle and spoon, hearing everything that goes on around him, and, though delayed, seeing things near and far. I only hope that, in talking about Sol’s stroke, others will learn that strokes do happen to anyone. I also hope that you, my dear readers, will help me raise awareness by talking about Sol, sharing his story, and educating your peers about infant stroke and its effects. I believe this will only help babies like Sol live an amazingly fulfilling life – free from judgement and full of support and love – and maybe it will even compel some to search for reasons why stroke happens to babies and change the outcome of affected babies in the future.