I have struggled to write this post. I’m not sure why, but it’s been hard for me to put into words why we decided to pack up and move our family to Los Angeles at the end of 2019.

Three years ago, after Solly’s development plateaued, we adopted a somewhat nomadic lifestyle, keeping Nashville as our home base and traveling extensively for intensive therapies, specialists, and medical appointments. We tested the waters and found that’s what Solly needed to continue to gain independence: an intensive model of therapy and progressive doctors who disregarded his MRI and complex medical background and instead provided guidance and access to procedures that would allow him to grow and thrive.

This nomadic lifestyle worked until it didn’t. While Solly was progressing and making gains, our entire family grew tired. Constantly moving a family of four around the country, finding temporary childcare and housing was beyond exhausting for me; it was hard for Mike to stay up with work while on-the-go and remain in sync with our family while he was on the road for work (something he had to do in order for us to live in Nashville); and while it was easy to travel with Bea as a baby, it became more and more difficult as she grew older and started wanting consistency, friends, and to engage in regularly scheduled activities. On top of that, always the planner, I started thinking about the future, about when Solly and Bea would be in school and how we’d either have to give up intensive therapies at that point or force both kids to use their summer and winter vacations for Solly’s therapies. Both situations seemed unfair and unsustainable for our family.

So we decided to make a change. A big one. While the kids were young and could easily adapt to a new community.

On the Friday before Thanksgiving, we drove to a small office building, signed closing documents on our sweet Nashville home, and a week later, we moved into a new home located in a small community in Los Angeles.

It’s uncertain what the coming years in California hold for us. I’m still assembling Solly’s medical and therapy teams and have yet to solidify a plan for his education. What we do know is that we’re minutes away from our beloved NAPA Center where Solly will continue regular intensive therapy and will soon begin weekly therapies; Mike now works out of his company’s LA office, traveling only several times a year instead of several times a month; California is much more disability-friendly than Tennessee, offering programs and services that will be available to Solly for his entire life; there’s a tight-knit special needs community here that has already been immensely helpful, guiding me in a  search for the right school system, medical team, and other various services; and there’s the potential for us to build a rich life for both Solly and Bea in our new community.

We will miss our family, friends, and community in Nashville, but we are excited for what the future holds for us here in Los Angeles. 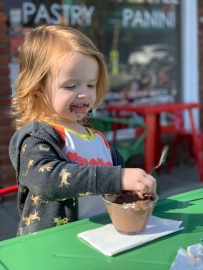 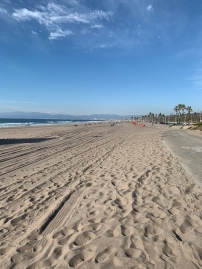 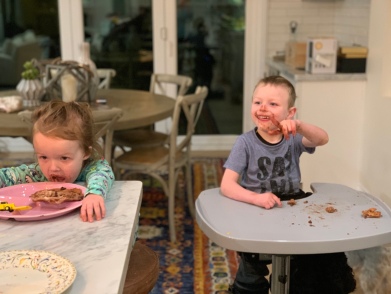